After the Red Pill, Good Women Are Hard to Find 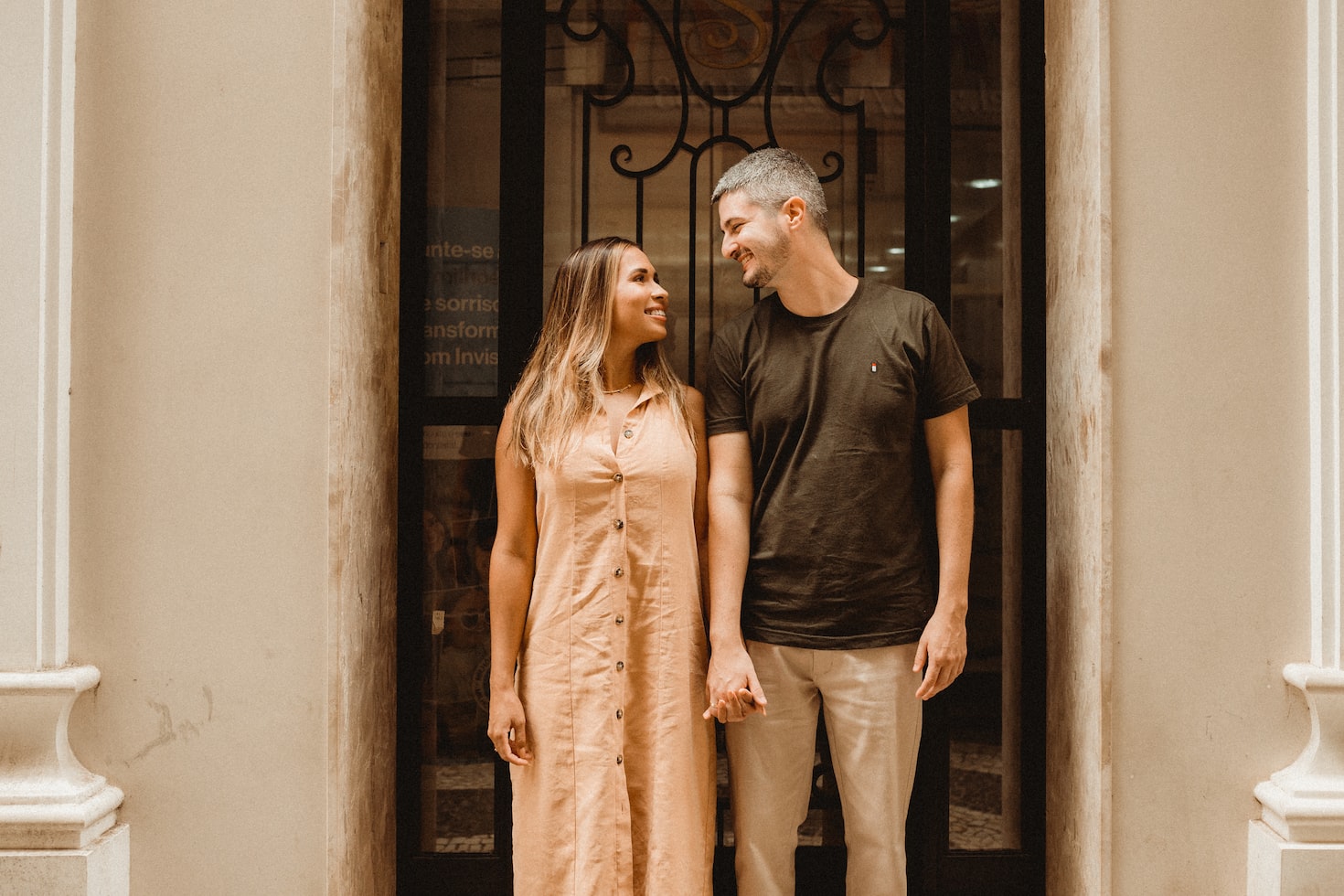 Hey. I am a big fan of HUS. I was hoping you could give me some feedback on my moves w/a particular girl. I am a law student who recently took the red pill.

Girl and I are in school together. We hooked up after I was extremely dominant at a local bar w/our friend group. We went to my apartment and were about to have sex. Before we did I hesitated and she suddenly refused to have sex. I hesitated because I was worried that she might accuse me of taking advantage of her, as a girl did to me in college and greatly damaged my reputation, even though it was consensual.

Three days later I took her out for dinner and acted like a fawning and overly eager beta. Spent $60 on a meal and she wouldn’t even kiss me goodnight.

She slept over my place two more times after that but we did not have sex. The last night of the semester when she came over I pulled an uber-beta move, asked her if she was happy she met me. She said “no one has ever been so nice to me” but then I cut her off. After that I tried to kiss her and she would not let me. She came back to my apartment but again no sex, no sexual interest, not so much as a kiss. Later I saw a facebook picture of our friend group w/me and her in it, she was staring at another guy’s crotch.

I flipped. Realized that she was not attracted to me anymore.

Then I found game. (Heartiste+Vox+HUS)

Swallowed the red pill hard and was furious for three days. Gamed the shit out of the girl after that via text. Took her out to dinner again but flipped the script, I made her pay half the bill, made her come to me, and tried to interact w/her genuinely but in an alpha manner. After we finished eating I walked outside and smoked a cigarette and basically blew smoke in her face (she had asked me to quit before, which I assumed was a shit test). Then I tried to kiss her and she gave me the cheek turn. I called her on it. She said “you just smoked,” but she had hooked up w/me after I smoked in the past. I said “that’s no excuse” then she just said “sorry.”

I turned my back and walked away.

Later she sent me an apology text “sorry for the awkward goodbye.” I responded and took responsibility for the fumble, which I think was stupid. I said “lol that was my fault, still had fun w/you tonight [I really did], will work on the smoking.”
She did not respond.

I feel like I lost her. Part of me is mad just because I want to have sex with her really badly now and was developing genuine feelings for her. Other part of me is furious about how she played me and withheld affection for so long.

I’m working hard on my game but think she will/already has cheated on me. We were never “exclusive” but our social circle is small enough that people knew we were kind of together.

Think I can get her back or is the game over with her?

First of all, congrats on swallowing the red pill. You had a dilemma, you got online, and you found the key to turning things around with women. That puts you ahead of most guys in today’s SMP. The path you need to forge now is not a straight line. There will be moments of disappointment, frustration and anger. There will also be moments of intense satisfaction and gratification. Ultimately, learning about contemporary female sexuality will serve you well, but it can’t be absorbed in a few days or even weeks. It’s an intense process of self-development. I know that not because I have ever experienced it, obviously, but because men here and at the sites you mentioned have described both the struggle and the rewards.

You made some key mistakes with this girl, it’s true. That’s OK. In fact, she sounds like a good girl to practice Game on because she’s extremely hypergamous – nice guys get kicked to the curb instantaneously. Here’s a matrix I put together describing male and female roles in today’s sexual marketplace:

Right now you’re squarely in the lower right quadrant. Based on the fact that you have feelings for this girl, and want things to work out with her, I’m going to assume your ultimate goal is a relationship rather than casual sex. You have already experienced success by displaying social dominance initially, but you stumbled in failing to display sexual dominance. If you learn to sustain dominance rather than falling back into more submissive beta patterns, you can move from AFC to the Male LTR Ideal (speaking from the female perspective).

You have a good handle on where you went wrong, so I won’t belabor those points. Instead, I’d like to focus on something a bit different, which is the woman. I’d peg her either as a Contented Slut, or a girl who has been P&D’d repeatedly. She is not the Female LTR Ideal. Let’s look at the various moves you made, and her responses:

1. This is a woman who hits it the first night with the guy most likely to be a cad.

You display extreme dominance in a group of friends and she comes back to your apartment for sex. Extreme dominance implies more than just a social ease or self-confidence. It sounds like you were cocky or even aggressive, and she loved it. It’s highly unlikely this was a first for her.

2. You hesitate right before sex and she pulls the plug.

You have a very good reason for hesitating, having already been burned once by a false rape allegation. You don’t say whether you shared this with her, but I’m assuming you did not.

Your pausing killed her ladyboner – why? This points to a woman with no need for intimacy or even conversation before sex. Any attempt to slow things down for any reason is punishable by a complete change of mind.

3. She refuses to kiss you after a date.

You take her on a real date after this, ouch, and graciously pay for her meal.

First, I cry foul on her move from eager ONS to cock tease to girl who won’t even kiss a nice guy. It’s in keeping with her MO as previously described, however.

Second, she had no business going on a real date with you if she was not interested in something more than keeping you in the friend box.

Third, she should have offered to share the cost of the meal, especially if she had lost attraction by the time the check came.

Fourth, while she was not obligated to kiss you, it’s reeks of bitchiness that she refused. We’ve all kissed people when we weren’t exactly sure how we felt – that’s part of what kissing helps us figure out!

4. She sleeps over two more times without even kissing you.

You might as well have been her gay BFF. At this point, she’s coming around only for the ego gratification, enjoying having you as a beta orbiter, and quite possibly getting off on rejecting you as well. She displays a complete lack of empathy for  your obvious real attraction and feelings for her.

I have never heard of this as a general matter of curiosity. The only reasons a woman would stare at a guy’s crotch in a group social situation would be:

6. She asks you to quit smoking.

That is a major shit test, and you’re not even dating. Can you imagine what she would demand if you were her boyfriend? Not apologizing for smoking was a good move on your part.

Your calling her out at that point, and running asshole Game on her was too little too late. She had seen through it, and  you no longer qualified as the Alpha Male of the Group (AMOG). Walking away from her was good, apologizing for fumbling was not, as you now realize.

Basically, you’ve got a highly sexed girl here who wants to be ravaged, and hard. She does not appear to be very relationship oriented, has shown little empathy or concern for your feelings, and is a tease.

(BTW, she can’t possibly have cheated because what you were was not dating or even “together.” This is a girl who goes for casual sex, yet never had sex with you. If people thought you were together, most likely they believed you were having sex all along.)

In short, you’ve lost your chance with her, but I say good, that chick is bad news. She is far from ideal from a relationship standpoint. If you want to get casual sex, you can get casual sex, but I suggest you seek it elsewhere. At this point, pining for her will cause you to lose social standing with other girls.

All is not lost, however. She taught you some valuable lessons. Remember:

Women like men who seek to gratify their own sexual needs before emotional needs. We know you want to have sex with us, that doesn’t make us special. But earning your emotional intimacy and your desire to be exclusive is meaningful because we know that men don’t do that just for sex. We want you to make us work for your affection and commitment.

You know where you fell into beta patterns, and you understand exactly where things got derailed. But you should also know that women don’t get any more hypergamous than this girl. She is not relationship material. I’m sorry you’re disappointed, but I believe you dodged a bullet.

Don’t give your heart to any woman who is not worthy of you. Sadly, that’s going to be a large number.